How Money Can Reconnect People in an Increasingly Divided Society

Two pound coins were transformed into tokens of reconnection, conversation, laughter, and happiness. 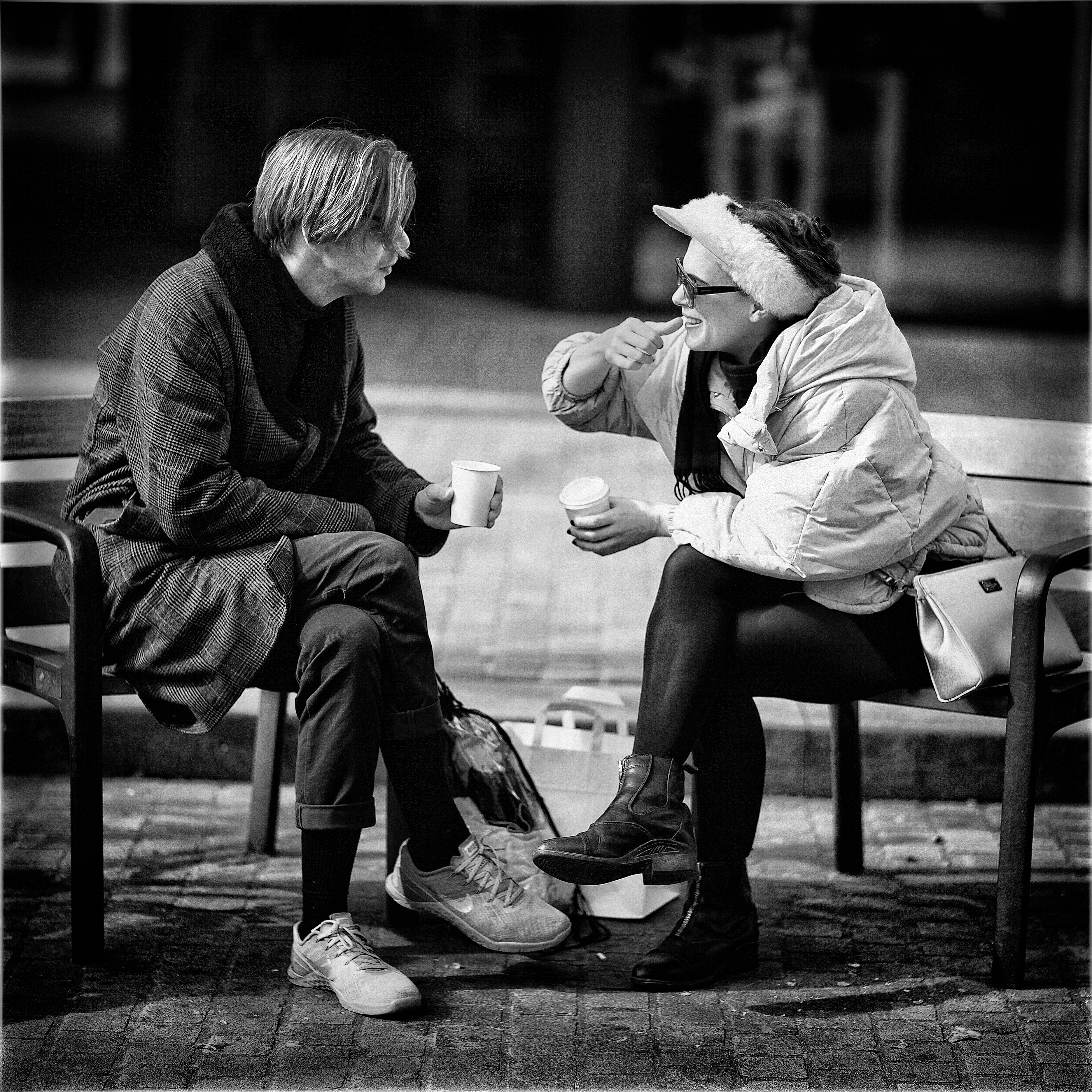 For some, money is central to affirming care and respect for one another.

Anthropologist Janet Carsten’s research in the Malaysian fishing village of Pulau Langkawi uncovered how the meaning of money was transformed by families. As an individualistic item, it was seen as oppositional to the intrinsic Malaysian value of unity. Once brought home, it was cooked in the dapur (hearth). This process served to de-individualize and thus purify it. In so doing, it was transformed into family property — money became an egalitarian object, based on the culture’s moral values of kinship and community.

This example shows that transforming money into a collective token is possible — even if the concept seems strange, or even impossible, to many in Western society. I decided to find out if this was something I could do myself. So, in the run up to Free Money Day, I undertook my first experience of approaching strangers in the local park, giving them money and asking them to pass half on to someone else.

A conversation about sharing money with others led to the sharing of childhood memories.

The first gentleman I approached half-jokingly, half-apprehensively asked, “You’re not a Marxist, are you?” He invited me to sit down on the bench beside him, and a conversation about sharing money with others led to the sharing of his childhood memories with me. He recanted warm memories of his days at school, where he and his friends would pool their pocket money together to buy penny sweets at the corner shop. At the end of the conversation, he informed me that he would approach a stranger, offer them half of the money he received from me, and then go and buy some penny sweets at our local shop for himself. The second person I spoke to was an elderly lady who had lived in the area all of her life. An excitable, “Free money, for me… are you sure!?” soon led to a discussion of her family trips to southern Spain when she was younger. It was a place and time, she recalled, where everything was shared among family and friends. Evenings were spent together on the veranda, with home-cooked food, laughter, and games while the sun set against the beautiful backdrop of the mountains.

The time I spent with these people felt like catching up with old friends.

What struck me afterwards is how both conversations led to the recollection of childhood-based memories. It indicated a societal shift in recent times — today, loneliness is the norm and approaching someone we don’t know is uncommon. Yet, during the time I spent with these people, it really did feel like catching up with old friends, and it is moments like these that have the power to turn strangers into friends — even if, in our case, for a fleeting moment.

As I interacted with the two strangers I realized that our desires were exactly the same: we wanted to care for others, be cared for, and evoke happiness amongst those around us.

The interactions didn’t unfold in the way I expected. Beforehand, I was certain people would not want to speak with me — yet upon reflection, this was solely down to my preconceptions of how they would respond, rather than anything they did or said in the moment. Living in a politically conservative part of southern England where individualism is seen as a virtue, I assumed people would be dismissive of me. Even with these apprehensions, I decided to give it a go — after all, what’s the worst that could happen? In a divided world where the media pitches people against each other based on political beliefs, you’d be forgiven for believing that this translates to real life as well. But it doesn’t. As I interacted with the two strangers I realized that our desires were exactly the same: we wanted to care for others, be cared for, and evoke happiness amongst those around us. Rather than difference being a reason for distance, it was a cause for celebration.

The money I gave to them was transformed to tokens of reconnection, conversation, laughter, and happiness.

Reflecting on the experience a couple of days afterwards, I realized that it was not money that created the connections between myself and the two people I spoke to that day, but conversation. Sharing our memories led to social connection. The two pound coins I gave to each to them were transformed from individualistic tokens, to tokens of reconnection, conversation, laughter, and happiness. Far away from Pulau Langkawi, we had managed to de-individualize money in our own, unique way, and that is a wonderful thing.

Inspired by Emma’s story? Find out more about Free Money Day and how to take part in this year’s event on September 15th